Primesep B2 separates chlorate and bromate by an ion-exchange mechanism. The anion-exchange properties of the column allow retention of hydrophilic compounds, and these properties can be adjusted by simply changing the ammonium formate buffer concentration. The HPLC separation uses a mobile phase of water, acetonitrile (MeCN, ACN) and ammonium formate with evaporative light scattering detection (ELSD). 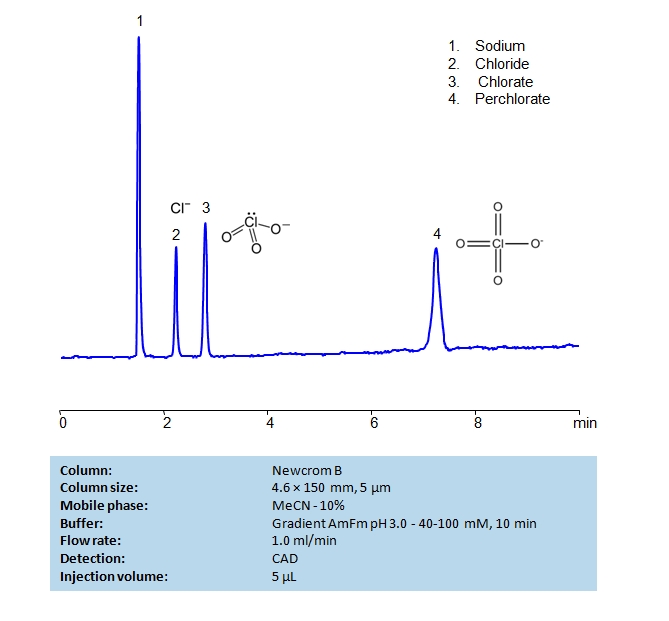 HPLC Separation of Polar Pesticides on Newcrom B Column 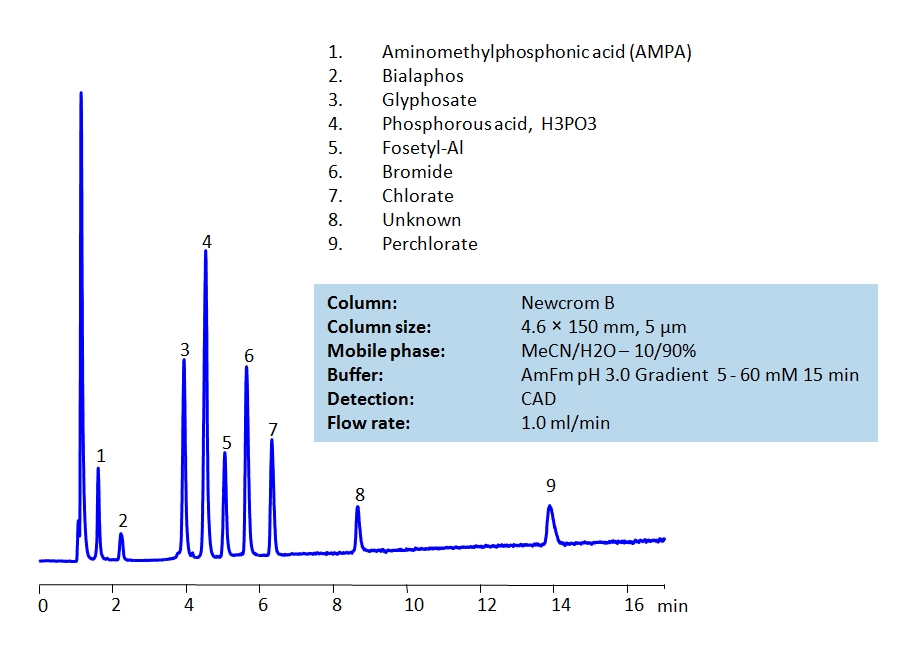 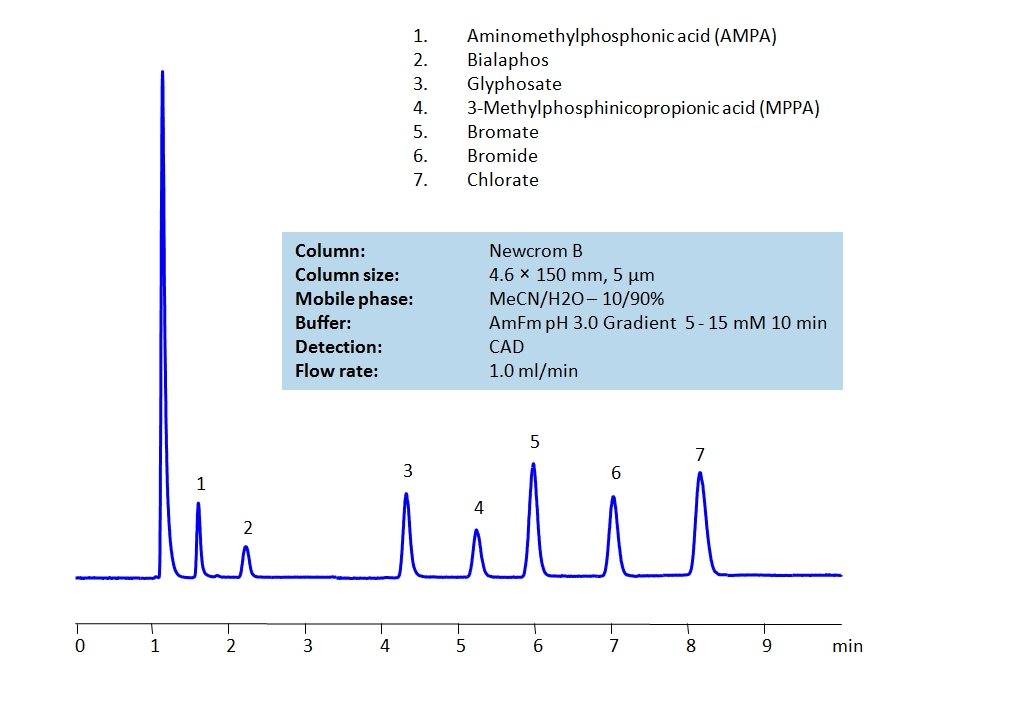