HPLC Separation of Sulfate and Phosphate Ions on Mixed-Mode HPLC

Sulfate and phosphate are separated on Primesep B2 and Primesep D column by anion-exchange mechanism. Because both sulfate and phosphate ions are not UV-active, ELSD is used to monitor separation of both anions. Method can be used to quantitate phosphate and sulfate in various pharmaceutical and chemical formulation, products and solution, drinking and ground water. Retention time is adjusted by increase or decrease of buffer concentrations. Two anions can be retained and separated on a very short column due to strong ion-exchange interaction. Method shows good reproducibility and versatility.

HPLC Analysis of Sulfate and Phosphate Ions on Primesep Columns

Inorganic cations and anions are usually analyzed by two different methods - cation-exchange and anion-exchange. This requires development and validation of two methods. Both ions can be analyzed on mixed-mode HILIC column with ELSD detection. Both ions are retained by combination of HILIC and ion-exchange mechanism. 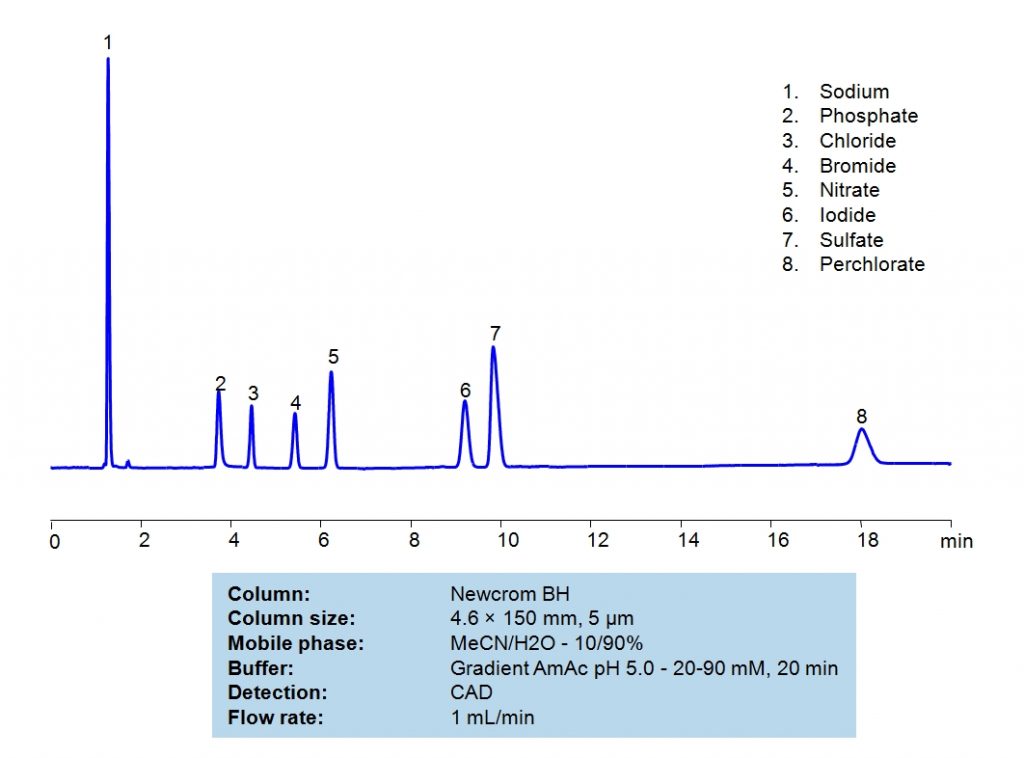