HPLC Separation of Citrulline and Arginine 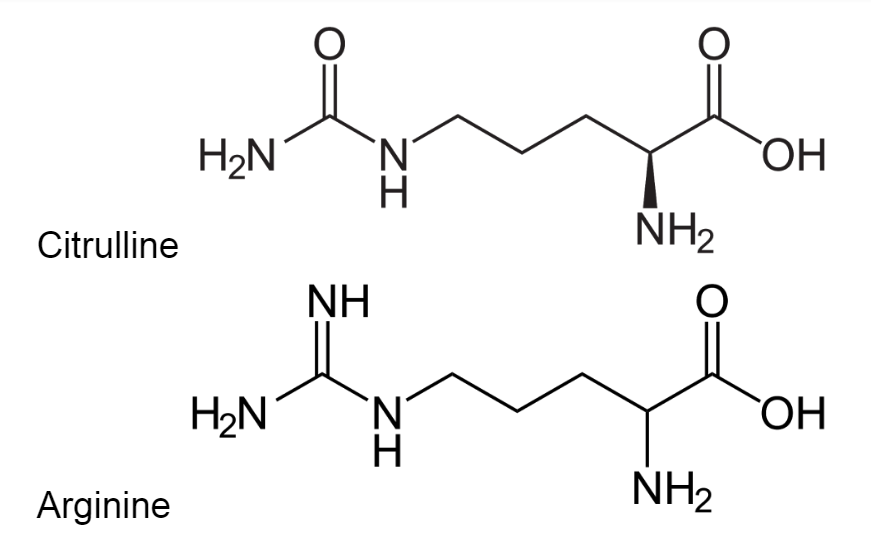 Citrulline and Arginine are α-amino acids that differ only in one functional group. They can be separated on a reverse-phase Primesep 200 HPLC column by hydrophobic and cation-exchange mechanisms in a mobile phase of water and acetonitrile (MeCN, ACN) with a gradient buffer of formic acid. Evaporative Light Scattering Detector (ELSD) used.

HPLC Analysis of Active Drug and Amino Acids in a Formulation

Polar amino acids are very often used as components of vitamin and supplement composition. Analysis of such complex composition is a challenging task. In this application, 5 amino acids (asparagine, glutamic acid, proline and arginine) and two preservatives (methyl paraben and propyl paraben) are separated on a Primesep 100 reversed-phase cation-exchange column with LC/MS compatible mobile phase. Method does not require ion-pairing reagent in the mobile phase. Compounds are monitored by ELSD and UV. Method is validated for quantitation of underivatized amino acids in complex mixtures. The method is simple and robust and can be used for analysis of various vitamin formulations.

HPLC Analysis of Citrulline and Arginine on Primesep Columns

HPLC Method for Analysis of L-Lysine and L-Arginine L-Lysine is an essential amino acid required for growth and tissue repair, it can also help with anxiety. The amino acid is most often found in red meats,beans, fish, and dairy products. L-Arginine is an essential amino acid that is used to treat congestive heart failure, combat fatigue and circulatory diseases. It is also used to stimulate the immune system. Obelisc R is a reverse-phase column. It contains embedded ionic groups and can retain L-Lysine and L-Arginine. The method is UV compatible and can be used as a general approach for analyzing similar compounds. 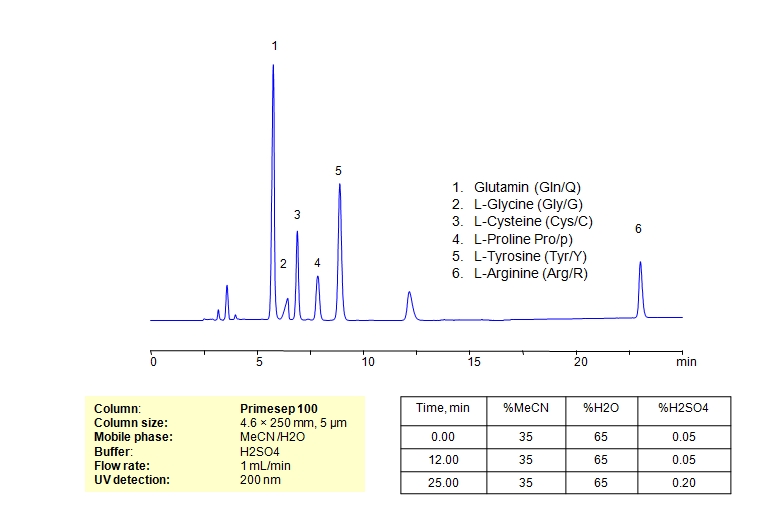 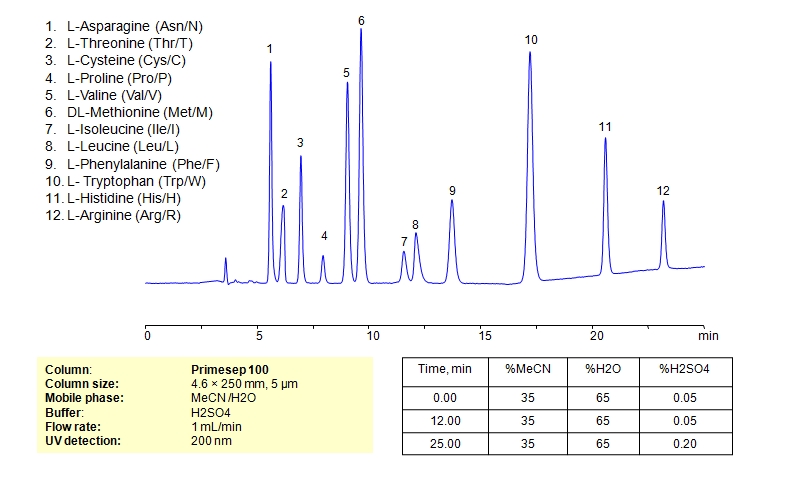 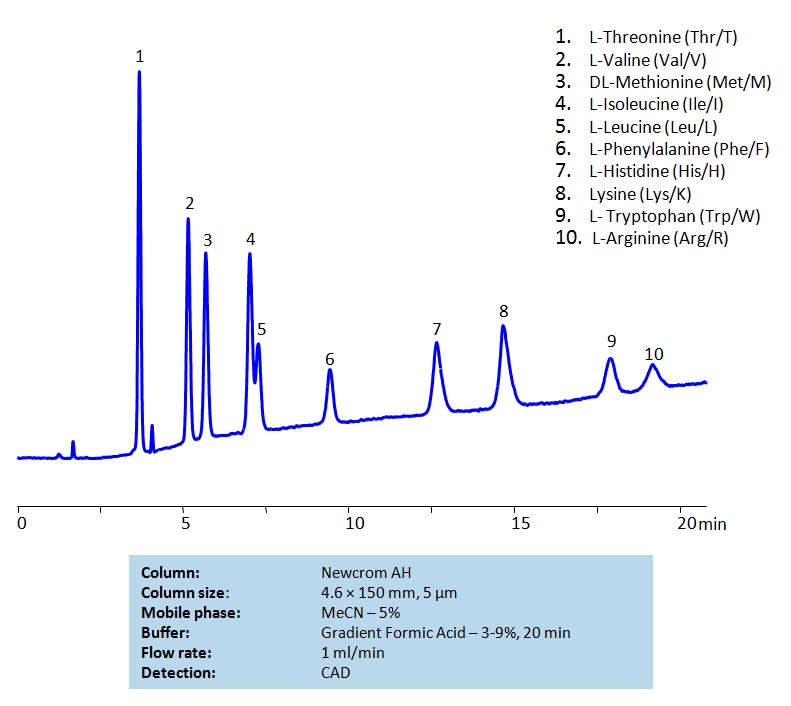