HPLC Analysis of Pseudoephedrine and Citric Acid on Primesep Column

Alginate is used in various pharmaceutical preparations. Chemically, it is a linear copolymer with homopolymeric blocks of (1-4)-linked ?-D-mannuronate (M) and its C-5 epimer ?-L-guluronate (G) residues, respectively, covalently linked together in different sequences or blocks. Alginic acid can be separated from benzoate, citric acid and saccharin by mixed-mode chromatography on Primesep C HPLC column. This method can be used to quantitate alginic acid, citric acid or saccharin in complex mixtures. Various detection technique can be used (UV, ELSD, LC/MS), based on mobile phase selection.

HPLC Separation of Barium Cation in the Presence of Citric Acid, Sucrose and Tween 80

HPLC Determination of Citric Acid on Newcrom B Column 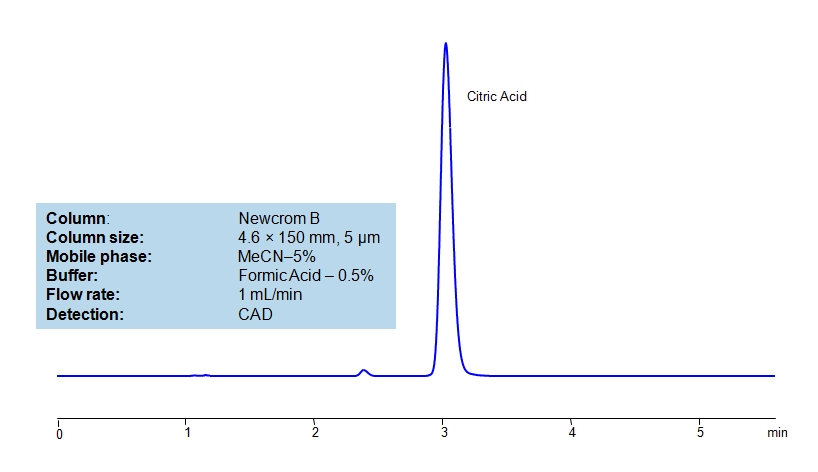 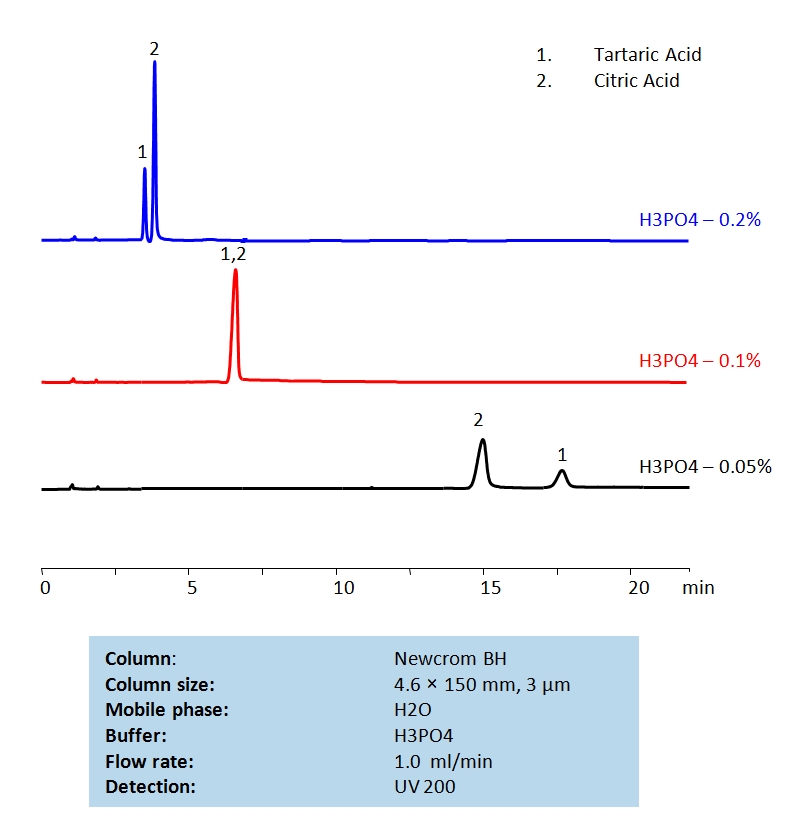