D-Alanine can be analyzed by this reverse phase (RP) HPLC method with simple conditions. The mobile phase contains an acetonitrile (MeCN), water, and phosphoric acid. For Mass-Spec (MS) compatible applications the phosphoric acid needs to be replaced with formic acid. Smaller 3 µm particles columns available for fast UPLC applications. This liquid chromatography method is scalable and can be used for isolation impurities in preparative separation. It also suitable for pharmacokinetics. 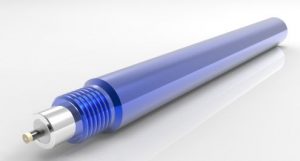 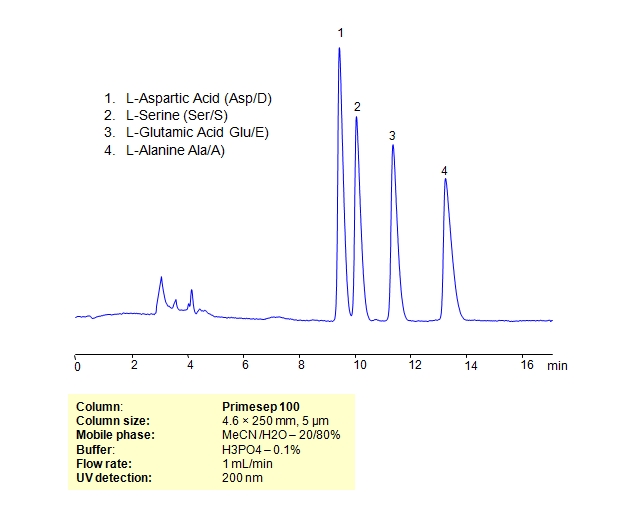 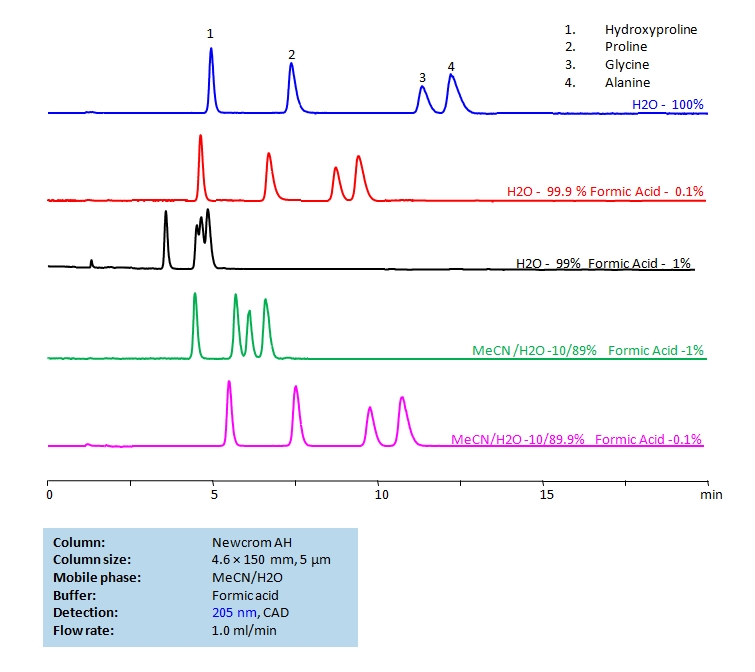 Hydroxyproline seems to be the most promising amino acid used in carbon dating when isolated from bone collagen. Separation of amino acids is challenging, especially without the use of ions or inorganic buffers that can interfere with Mass spectrometer (MS) or contaminate the sample with modern carbon. Amino acids are also not retained in reverse-phase chromatography. The ideal solution would be using water only to separate the amino acids. This would allow a direct coupling to MS. We were able to separate hydroxyproline from proline and other simple amino acids like glycine and alanine in HPLC on Newcrom AH column using water only as a mobile phase. Using water also allowed UV detection at 205 nm which can’t be done if using a buffer based on acetic or formic acid. See more information on radiocarbon dating here. The same method can be modified to get symmetrical peaks and higher efficiency if a mobile phase with ionic modifier such as formic acid is used.